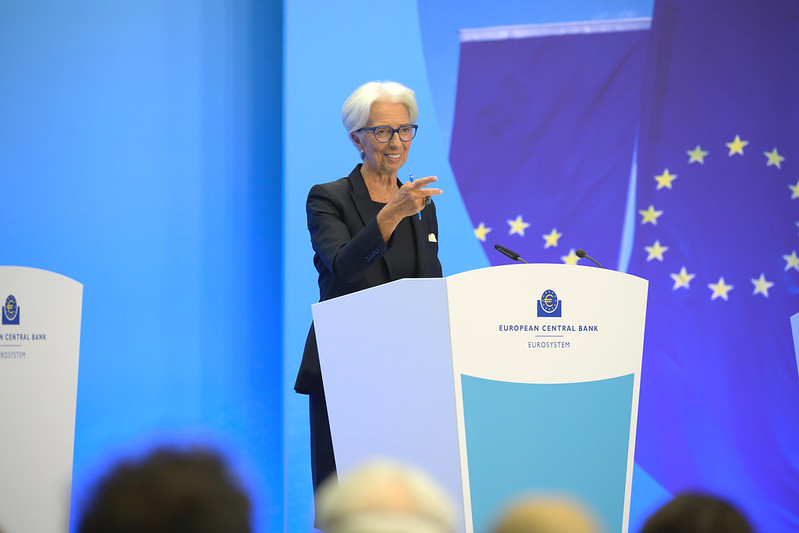 President of the ECB Christine lagarde

At yesterday’s meeting, the European Central Bank (ECB) unveiled a new tool to prevent an uncontrolled expansion of borrowing costs in the eurozone, called the Transmission Protection Instrument (TPI).

In its statement, the central bank said that this instrument (a bond-buying program) could be activated to counter “unexplained and turbulent market dynamics that pose a serious threat to the transmission of monetary policy across the eurozone”.

Specifically, it aims to “move the monetary policy stance smoothly across all eurozone countries”.

In other words, the tool aims to control lending costs to highly indebted governments in the eurozone, such as Italy, that were considered not their fault, and reduce financial fragmentation.

The central bank added in its statement, “The volume of TPI purchases depends on the severity of the risks facing the policy transition.”

The main condition for using this tool is that the beneficiary country must adhere to “sound and sustainable macroeconomic and financial policies”.

In the following, Economy Middle East explains the details of this tool:

TPI’s purchases will focus on public sector securities (tradable debt securities issued by central and regional governments as well as agencies, as defined by the European Central Bank, with maturities ranging from one to ten years. The purchase of private sector securities may be considered, if appropriate.

The Central Bank Governing Council will consider a cumulative list of criteria to assess whether jurisdictions in which the euro system may conduct TPI purchases are pursuing sound and sustainable macroeconomic and fiscal policies.

The ECB has four criteria regarding the eligibility of TPM beneficiaries:

2- The absence of severe imbalances in the overall economy.

4- “Sound and sustainable” macroeconomic policies, including compliance with the commitments of the European Recovery Fund.

The activation of management is based on: a comprehensive assessment of market and transmission indicators, eligibility criteria and judgment that the activation of procurement under the TPI is commensurate with the achievement of the primary objective of the ECB.

Purchases will be terminated either when there is a lasting improvement in the transfer, or based on an assessment that the ongoing tensions are due to the country’s economic fundamentals.

The Eurosystem accepts the same treatment as private creditors or other creditors in respect to bonds issued by Eurozone governments and purchased by Eurosystem under the TPI, in accordance with the terms of such bonds.

The purchases to be made under the instrument should not cause any continuing impact on the balance sheet of the European system and thus on the position of monetary policy.

Reinvestment flexibility for the COVID-19 Emergency Purchase Program (PEPP) will remain the first line of defense against risks to the pandemic-related transmission mechanism.

The ECB emphasizes that total cash transactions, which have never been used, are also part of its toolkit.

Will Italy, which is facing a political crisis, high debts and a significant increase in its bond yields, benefit from this tool?

A snap election is now expected in the fall after Prime Minister Mario Draghi resigned on Thursday. A credible government that sticks to the goals agreed with the European Commission will be critical if it is to benefit from the new tool.

However, ECB President Christine Lagarde declined to comment specifically on the crisis in Italy. On the other hand, she stressed that the tool was designed to “address a specific danger that all eurozone countries may face.”

The purchase of bonds under the program, if used, is “unrestricted” but dependent on “the severity of the risks to policy mainstreaming”.