Based on economic data that showed lackluster momentum 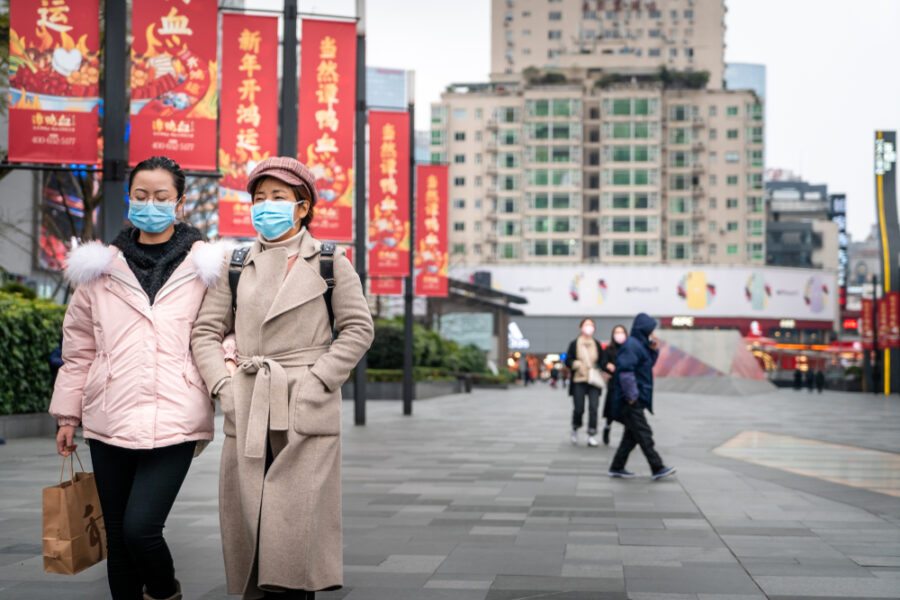 The People’s Bank of China  (PBOC) deviated from the expectations and trends of global financial markets by cutting its key interest rate for the second time this year, in an attempt to revive demand for credit to support the economy hit hard by the Coronavirus.

It is true that the reduction was by only 10 basis points, but this measure is completely opposite to the monetary path that is being adopted in the West and in emerging markets. It asserts that the People’s Bank of China, the country’s central bank, is compelled to do so because the Chinese economy is in worse shape than it appears.

The People’s Bank of China has lowered the main rate at which it provides short-term liquidity to banks, from 2.1 percent to 2 percent. In a statement, it said it had also reduced the rate of the one-year lending facility from 2.85 percent to 2.75% in order to “maintain reasonable and sufficient liquidity in the banking system.”

It was the first time since January that these rates were cut. It’s a move that surprised investors as the coronavirus spreads again.

Beijing’s tough stance on fighting the virus led to months of lockdown in dozens of cities across the country, earlier this year, including Shanghai, the country’s financial and shipping hub.

Work was halted, factories closed, and millions of residents were confined to their homes, leading to severe disruption to economic activity. Then the authorities began reopening the economy at the beginning of June, lifting restrictions in some major cities.

Manufacturing and services showed signs of improvement after the moves. But multiple cities quickly reintroduced Covid restrictions later that month.

China’s central bank had previously seemed reluctant to cut interest rates further due to concerns about the risks of rising debt, consumer inflation, and pressure on the yuan, despite the economy stalling in the second quarter between April and June.

The People’s Bank of China, like other central banks in the world, appears to be waiting for data before making any decisions.

The latest round of data may have left the bank with no choice but to cut. The most pressing problem that came to its attention was the recent data that showed lackluster economic momentum in July and a slowdown in credit growth. And those published Monday, before the People’s Bank of China’s decision, for the month of July, were much worse than expected.

Retail sales, for example, grew 2.7 percent in July from a year ago, slowing from June’s 3.1 percent growth, according to the National Bureau of Statistics. This number surprised economists in a Reuters poll, as they expected a 5 percent increase in this stat.

Industrial production also rose by 3.8 percent in July from a year earlier, down from 3.9 percent growth in June, yet market expectations were for a rise of 4.6 percent.

In addition, a recession worsened in the real estate sector, which accounts for about 30 percent of China’s gross domestic product.

Data from the National Bureau of Statistics showed that real estate investment by developers shrank by 6.4 percent in the first seven months of this year, accelerating from a 5.4 percent decline in the first half.

Angry homebuyers across the country threatened to stop paying their mortgages on unfinished homes, shaking markets and prompting developers and authorities to take action to defuse the crisis.

Goldman Sachs said Monday that the mortgage boycott has made people more reluctant to buy new homes, which will likely lead to a further decline in sales.

“July data suggests that the post-lockdown recovery has lost steam as the effects of a one-off reopening wear off and the mortgage boycott leads to a renewed deterioration in the real estate sector,” CNN quoted Evans-Pritchard of Capital Economics as saying. But he added that it was unclear whether Monday’s rate cuts would be enough to revive the recovery in credit growth.

This data reinforced the decline in economic growth in the country expected during Q3 of this year. The Peterson Institute for Global Economics said in a report a few days ago that the Chinese economy is at its worst since early 2020 after it barely expanded in the second quarter of 2022 compared to the same quarter of 2021. On a quarterly basis, the economy shrank by 2.6 percent cent. Given the meager growth in the first half of this year, the Chinese economy must grow 7 to 8 percent in the second half to achieve the full-year growth target of 5.5 percent, which is clearly out of reach.

In addition, there are concerns about extreme temperatures and precipitation affecting food production and causing inflation in the country.

A heat wave has swept China since June, raising temperatures to more than 40 degrees Celsius in dozens of cities and affecting more than 900 million people. Meanwhile, heavy rainstorms caused severe flooding and landslides in some counties.

After the sudden rate cut, expectations are for an additional 10 basis points cut in the medium-term lending rate before the end of October. These forecasts are based on the economy’s need for monetary support amid continued headwinds for the world’s second-largest economy.