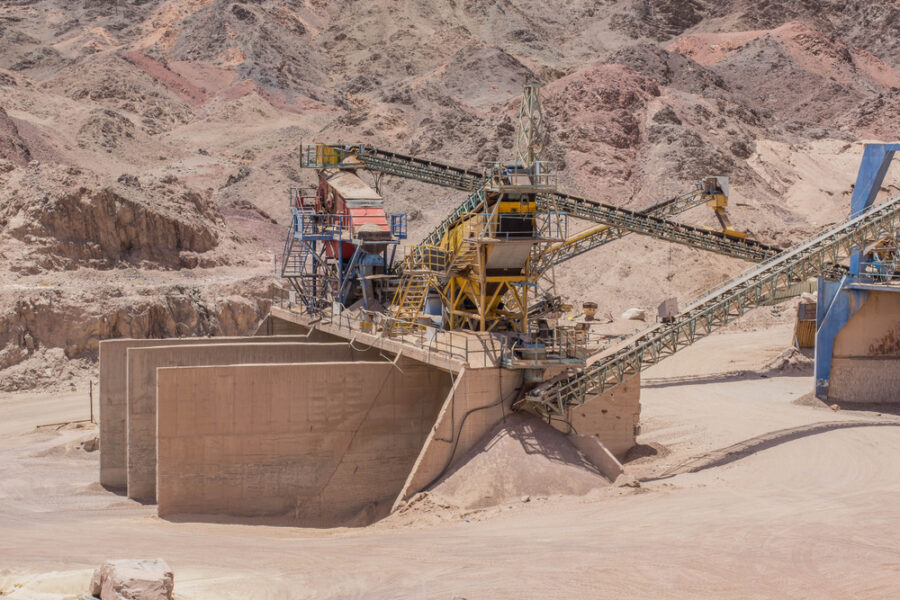 When you think of big mining countries, China, Australia, and the US come to mind. Statista’s 2018 figures show these three countries lead global mineral production with $183 billion, $143 billion, and $93 billion respectively.

Saudi Vision 2030 designated mining as the third pillar of the oil, gas, and petrochemical industries, slated to create more than 200,000 direct and indirect jobs.

A new mining law combined with rich mineral deposits creates safe and profitable opportunities for companies and thousands of sustainable jobs for Saudis.

According to Bloomberg, Saudi mining investments will arrive from foreign and local firms, including state miner Maaden.

For the first time, Saudi will start to auction exploration licenses to foreign investors. The sale will be for deposits of copper, zinc, gold, silver, and lead in mines located 200 kms from Riyadh.

The Saudi mining law, approved in 2020, was created to facilitate securing licenses and inviting investors to the industry.

Following advisory meetings with the World Bank, the Ministry of Industry and Mineral Resources issued a mining law that adopted international exploration and mining standards.

It also puts no requirements on foreign investors to have a local partner in the Kingdom, provides easy access to financing, and supports exploration and geological survey activities.

Speaking at the Jan 11-13 Future Minerals Forum in Riyadh, Khalid Al-Mudaifer, the Kingdom’s vice-minister for mining affairs, said that the region has “the potential to provide the critical minerals the world needs.”

The forum saw the launch of the first digital platform specialized for the application and supplies of Arab industrial and mining products.

The Kingdom’s gold revenues range between 3 to 4 billion riyals, with a production volume of about 400 thousand ounces of gold.

He added 6 other mines will be inaugurated, including the Mansoura and Marsa mines, where the government estimates will require investments of over 4 billion riyals ($1.08 billion).

Saudi mines are making use of proximity detection technologies to make mobile fleet operations safer. Further upstream, Saudi is implementing plans that use AI as well as satellite imagery in mineral exploration.

The largest operation in development in Saudi Arabia is Ma’aden’s Mansourah & Massarah gold mine.

Geologists expect this one mine alone to extract 1/4t of the gold production towards Ma’aden’s strategic target of 1 Moz (million ounces) per year by 2025.

Other projects in development include KEFI Gold and Copper’s Jibal Qutman.

Gold and Mineral Co, a joint venture between global and local partners made the discovery and now plans to launch a mine at a cost of nearly $200 million, that will employ some 700 people.

Moreover, the company expects to start producing in 2025, but will first need to design the mine in a way to avert creating environmental damage.