Ronaldo vs. Messi in Saudi: A historic last dance?

PSG was paid USD10 mn for the one-off 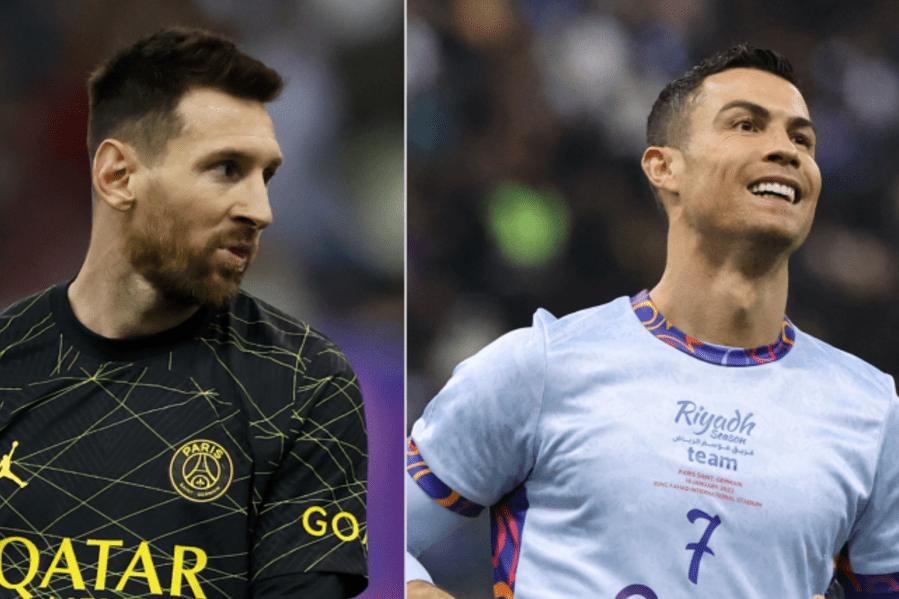 Paris Saint-Germain (PSG) was paid $10 million for a historic one-off friendly with the Saudi All-Star XI, according to the French newspaper L’Équipe.

The Saudi team faced Paris Saint-Germain on Thursday in a match in which Portuguese star Cristiano Ronaldo appeared for the first time as an Al-Nassr Club player.

This marked the first time Ronaldo played any football in the Kingdom since signing a contract with Al-Nassr that runs until 2025 and is worth more than $214 million, according to sources close to the club.

The European giants won 5-4, with both Lionel Messi and Kylian Mbappe also on the scoresheet.

Unless the Argentine star moves to the Saudi League, the Riyadh Season Cup match between Cristiano Ronaldo and Lionel Messi may be the final meeting in their football careers.

Since he was officially announced as an Al-Nassr player at the end of December, Ronaldo has had to wait to make his debut for his new club.

Messi has also been linked with a move to the Saudi Pro-League of late, with both Al-Ittihad and Al-Hilal prepared to offer him a staggering $ 202 million a year according to reports in Spain.

In a related development, a Saudi real estate mogul has won a ticket to see Cristiano Ronaldo and Lionel Messi face off in a friendly after bidding $2.6 million at auction, an official said.

Ronaldo has surpassed Lionel Messi, his eternal rival, to become the highest-paid player in the world, after moving to the ranks of Saudi’s Al-Nassr, with a salary of $207 million per year.

Messi, the PSG star, is ranked second on the list, earning $161 million per year.

Third place goes to Brazilian Neymar da Silva, the star of PSG, who is worth $78 million.