The Fed: A more restrictive policy if inflation does not go down 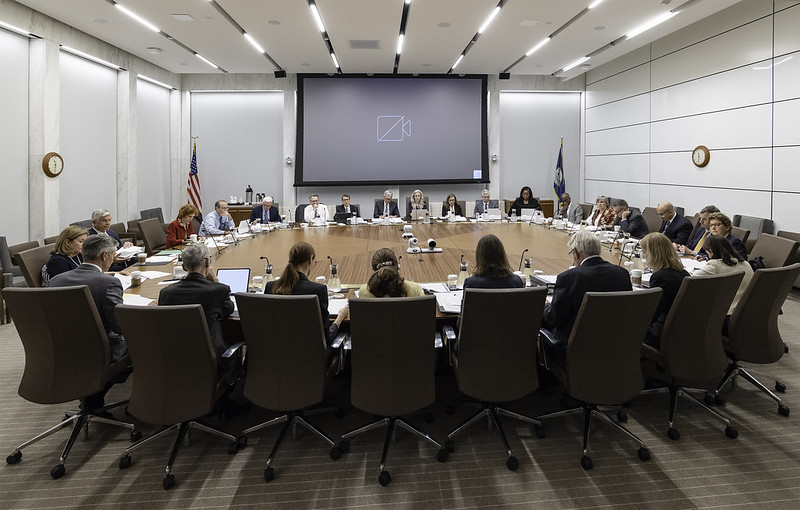 Federal Reserve (Fed) officials stressed in June that inflation must be fought even if it means a slowing economy that already appears to be on the brink of a recession, and that a “more restrictive policy” can be implemented if inflation fails to fall.

According to the minutes of the latest monetary policy meeting released on Wednesday, the Federal Open Market Committee (FOMC) members at the June meeting expressed concern that high inflation could become a long-term situation.

According to the minutes of the meeting, which was held on 14-15 June, officials are concerned that “inflation-related pressures are not showing signs of abating,” which means that inflation may “be more persistent than previously expected.”

Many policymakers noted that there is “significant risk that high inflation will become ingrained if the public begins to question the determination of the committee”, i.e. the FOMC that sets Fed policies.

According to the meeting minutes, participants considered that a 50 or 75 basis point increase would likely be appropriate at the July 25 monetary policy meeting.

US central bankers said raising benchmark borrowing rates by three-quarters of a percentage point in June was necessary to control cost-of-living increases, which reached their highest levels since 1981. They said they would continue to do so until inflation neared their long-term target of 2 percent.

Participants are aware that “policy constancy can slow economic growth for some time,” but felt that a return to 2% inflation was critical to maximizing employment on a sustainable basis.

Officials noted at the June 14-15 meeting that they need to take a step to reassure markets and the public that they are serious about fighting inflation.

The minutes stated that “many participants felt that the great danger now facing the committee was that high inflation could become entrenched if the public begins to question the committee’s determination to adjust the policy stance as required.”

The document added that the moves “will be necessary in restoring price stability.”

However, this approach comes with the US economy being on shaky ground. Gross domestic product declined in the first quarter by 1.6 percent and is on track to decline by 2.1 percent in the second quarter, according to the Atlanta Federal Reserve data. This would put the economy in a technical recession, albeit historically superficial.

Also, since the last meeting, economic conditions have weakened with the tightening of financial conditions.

Fed officials at the meeting expressed optimism about the longer-term path for the economy, although they cut GDP forecasts sharply, to 1.7 percent in 2022 from a previous estimate of 2.8 percent in March.

They cited some reports of slowing consumer sales and companies retracting investments due to rising costs. The war in Ukraine, ongoing bottlenecks in the supply chain, and the COVID shutdown in China were also cited as concerns.

Officials had expected inflation to rise much more than before, and now expect prices for key personal consumption expenditures to rise 5.2 percent this year, compared to a previous estimate of 4.3 percent.

The 12-month PCE inflation rate was 6.3 percent in May. The minutes noted that risks to the outlook tend to be lower for GDP and higher for inflation as policy tightening could slow growth. The committee gave priority to combating inflation.

Officials noted that policy moves, which put the federal funds rate in the 1.5 percent-1.75 percent range, have already yielded results, tightening financial conditions and reducing some inflation measures in the market.

The minutes indicated that after a series of rate increases, the Fed would be in a good position to assess the success of the moves before deciding whether to continue. They added that a “more restrictive policy” could be implemented if inflation failed to fall.