The trades that triggered UST’s collapse 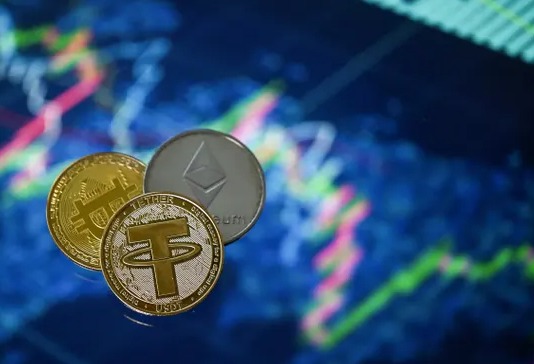 The collapse of TerraUSD (UST) had three stages. First, two traders broke UST’s peg; next, Terraform Labs and three supporters repaired it by purchasing $2 billion UST; finally, the continued sell-off drained those funds, hyperinflated UST’s sister token LUNA, and crashed the price of both LUNA and UST, according to a new report commissioned by Blockchain data platform Chainalysis.

The report observed that UST’s uncollateralized design likely made it more fragile than other stable coin types. Furthermore, while redemptions of other stable coins did temporarily peak, the crypto market’s recent downturn appears more closely linked to the tech market decline than to UST’s collapse.

Anchor is a DeFi protocol operated by Terraform Labs, the creators of UST. For most of its existence, it has paid a 19.5 percent annual percentage yield (APY) on any quantity of deposited UST. It has then lent these deposits at APRs that typically vary from 2 percent to 15 percnet. Only about one-half to one-sixth of the deposited UST has been lent out to borrowers at any given time, the study said.

On March 13th, Bybit estimated that “at the current yield reserve of $24.7 million UST and a current ratio of deposits & borrowings. Decrypt reported that more than 72 percent of all UST was deposited in Anchor – indicating that a significant reason for holding UST may have been to earn Anchor’s yields.

The report suggests that in order to repair the peg and rebalance 3pool, three unidentified UST supporters swapped a combined $480 million USDT for UST on May 7th, 8th, and 9th.

Then, on May 9th, the Luna Foundation Guard (LFG) sold billions worth of Bitcoin from its reserves to swap for UST.

But by May 10th, LFG’s reserves were depleted and UST had again lost its peg – this time for good, the survey highlighted.

Unlike most stable coins, UST was algorithmic and undercollateralized. Rather than maintaining its peg by holding assets in reserves, Terraform Labs used a sister token, LUNA, to “absorb the price volatility of UST.” Other stablecoins are overcollateralized by cryptocurrency, like DAI. Borrowers must deposit $1.50 worth of ETH for every DAI they wish to borrow. Still, others are fiat-backed and collateralized one-to-one, like USDC. Its reserves are held in cash and short-dated government treasuries.

Findings showed that UST and LUNA’s collapse didn’t happen in a vacuum. At the same time, several other crypto assets, including Bitcoin, also declined in what some have said may be the beginning of the third crypto winter.

While it was definitely a factor, Chain analysis found that because Bitcoin’s decline was so closely aligned with the downturn of non-crypto assets — especially tech stocks — its price action may have been more connected to the tech slump than UST’s crash.

The report concluded by saying that UST’s collapse may pose a threat to consumer confidence in the short term and serve as a legislative catalyst in the long term, but it’s unlikely to stop the growth of responsible innovation in the industry. Fortunately, thanks to blockchains’ transparency, we can learn from these incidents, educate others, and continue to build trust in cryptocurrency.