For their work on banks and financial crises 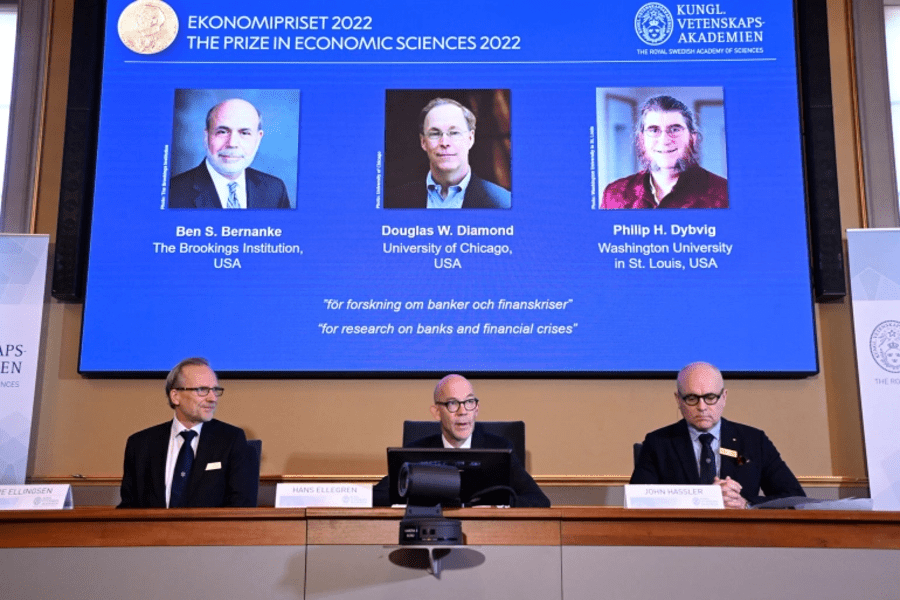 U.S.-based economists Ben Bernanke, Douglas Diamond, and Philip Dybvig were awarded the Nobel prize in economic sciences for 2022 for their research on banks and financial crises.

The Nobel committee said their work in the early 1980s had “significantly improved our understanding of the role of banks in the economy, particularly during financial crises,” and in showing why it is vital to avoid bank collapses. They added this was “invaluable” during the 2008-09 financial crisis and the coronavirus pandemic.

Bernanke’s analysis of the Great Depression in the 1930s showed how and why bank runs were a major reason the crisis was so long and severe. Diamond and Dybvig’s work, meanwhile, looked at the societally important role banks play in smoothing the potential conflict between savers wanting short-term access to their money and the economy needing savings to be put into long-term investments; and how governments can help prevent bank runs by providing deposit insurance and acting as a lender of last resort.

The winners of the prize — officially called the Sveriges Riksbank Prize in Economic Sciences in Memory of Alfred Nobel — receive 10 million Swedish Krona ($883,000) to be split between them.