US inflation slows amid anticipation of Fed meeting

The gasoline index was biggest factor to commodity prices decline 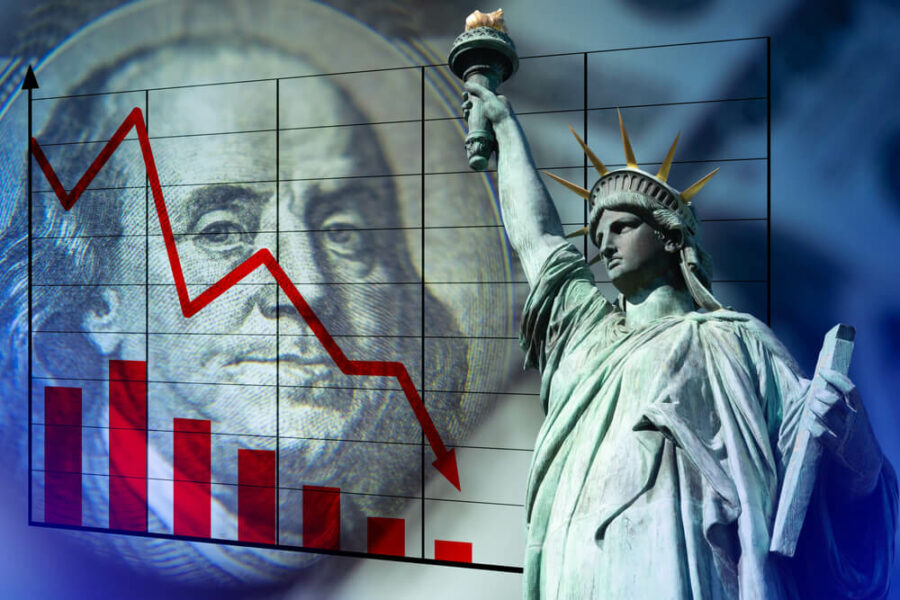 US Inflation closed 2022 on an unexpected note, with consumer prices in December posting their biggest monthly decline for the first time in more than two and a half years, suggesting the worst price hike may end.

The slowdown is happening for the sixth consecutive month in parallel with the Fed’s hawkish approach, following inflation rising as much as 9.1 percent in June, the highest in 40 years.

This slowdown should reduce the pace of rate hikes at the next meeting of the Federal Reserve Board of Governors at the end of January.

But the released data is still well above levels that Fed officials are comfortable with. Recorded inflation remains far from the Federal Reserve’s 2 percent target, raising questions about whether this level can be raised.

Last year, US households faced the highest inflation levels in decades, prompting the Fed to raise interest rates at a pace not seen since the eighties, in an effort to ease the burden on the world’s largest economy.

The Labor Department said the consumer price index fell 0.1 percent last month after rising 0.1 percent in November. This is the first decline in the index since May 2020 when the economy was reeling from the fallout from the first wave of the COVID-19 pandemic.

Read: US inflation rises less than expected in November

“The gasoline index was the biggest factor contributing to the decline in commodity prices this month,” the Labor Department said in a statement, due to declining global demand and lower oil prices.

But gasoline prices are volatile, and analysts say “the Fed cannot rely on this as a stable source of inflation cuts.”

The Department of Labor noted that high rents continue to be a factor that increases consumer costs.

Excluding the food and energy sectors, the core of the consumer price index rose 0.3 percent compared to the previous month, in line with expectations. This reflects a slight increase from 0.2 percent in November, meaning the battle to cut prices is far from over.

Biden: We are moving in the right direction

US President Joe Biden commented on the data, saying “it is clear that we are moving in the right direction,” while stressing that curbing inflation needs to do more. Biden asserted that lower inflation gives “American workers and households more breathing room.”

Federal Reserve Chairman Jerome Powell warned on Tuesday that “restoring price stability when inflation is high may require undesirable short-term measures as we raise interest rates to slow the economy.”

In a separate statement this week, Federal Reserve Board of Governors member Michelle Bowman said that despite the decline in indicators, “we still have to do more.”

In terms of the labor market, the unemployment rate returned to a five-decade low of 3.5 percent. 1.7 jobs were created for every unemployed person in November.

A separate report from the Labor Department showed that the number of initial claims for state unemployment benefits fell by 1,000 to 205,000, adjusted for seasonal factors, for the week ending Jan. 7.

The government said last week that the economy created 223,000 jobs in December, more than double the 100,000 that experts say the Federal Reserve is targeting to be confident inflation is starting to slow. A total of 4.5 million jobs were created in 2022, AFP reported.

Gold prices jumped more than one percent, surpassing the $1,900 an ounce after the data.