What does a strong dollar mean for countries?

It has broad implications for Americans and the global economy 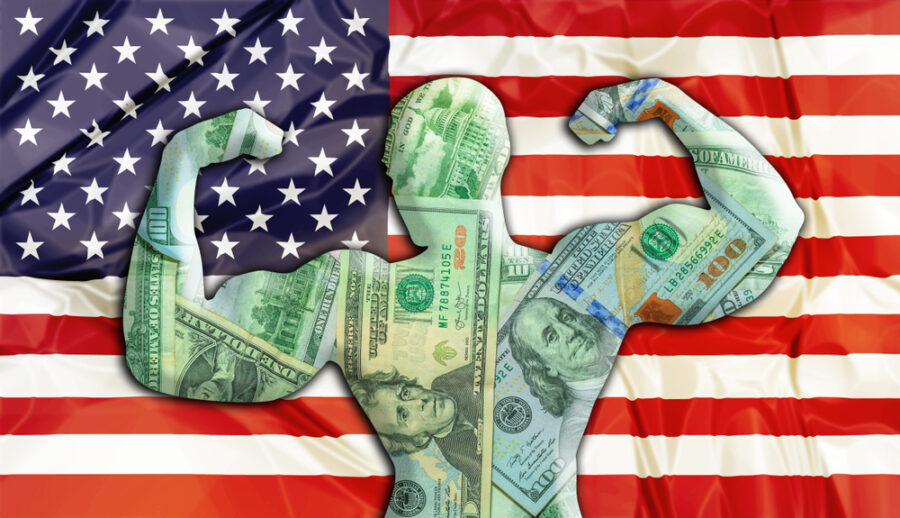 How does a strong dollar affect the US and global economies? The value of the world’s strongest US currency against other major currencies has reached its highest level in 20 years. Even as recession fears mount and the US economy shows signs of slowing, the dollar continues to rise.

The rise of the dollar, the main currency that drives global trade, came primarily as a result of interest rate hikes by the Federal Reserve. With the US Central Bank’s insistence on continuing on the path of raising interest rates in order to curb inflation, it does not seem that there are factors that may limit the upward trend of the dollar’s value soon.

Today’s high interest rates have made the dollar more attractive to investors, because they get a greater return from it. With the growth prospects of the global economy waning, investors became more anxious and flocked to the green currency, putting their money in safer assets such as US Treasuries. This in turn led to an appreciation in the value of the US currency.

Another factor contributing to the dollar’s strength is the Russo-Ukrainian war that has weakened European economies and made natural gas prices soar, making the US economy look healthier compared to its European counterpart. As noted, although all economists are talking about a possible recession for the US economy, it still performs better than many other economies.

What does a strong dollar mean to Americans?

But with prices as high as they are today, this may not provide much comfort to consumers. In other words, the strength of the dollar may contribute to reducing inflation by about 0.3 percent, but it is a small percentage when compared to the 9.1 percent increase in consumer prices compared to last year.

Big US companies with big businesses abroad are also suffering, because a strong dollar hurts their profits. Foreign sales lose value when converted back into dollars, They become less competitive with local firms as their products become more expensive abroad.

This is what happened a few days ago. The strong dollar wiped out billions of dollars in second-quarter sales for US companies, prompting many to lower their forecasts for the rest of the year. Among the companies affected, for example, “IBM”, “Netflix”, “Johnson & Johnson” and “Philip Morris”. These were joined by giants of the technology industry that generate a large part of their profits outside the United States, such as “Microsoft”, “Meta”, “Apple” and others.

In turn, a strong dollar raises the cost of exports abroad, which could hurt US companies that export goods or services.

A strong dollar leads to stock and bond investors amassing losses in financial capitals everywhere, not just in the United States.

What about other countries?

In other countries, it also causes import prices to rise, which will lead to a further rise in inflation rates, and thus deepen poverty. This is the case for many countries in the region, such as Egypt, Turkey and Lebanon, which are considered importing countries. Most commodities, from oil to wheat, are priced in dollars, which means they pay more in their local currencies for every barrel or bushel they buy.

The impact could be very large for emerging economies. When US interest rates are low, global investors tend to invest more in emerging markets.

But with the rise in interest rates this year, we began to see a rapid exit of funds from emerging markets (as what happened in Egypt, for example) after prices began to rise in the United States and the dollar rose.

A strong dollar exposes countries that deal with a mountain of debt to a greater risk of defaulting on their debts, as what happened, for example, with Sri Lanka. It will become difficult for them to make their payments with the rise of the dollar and the depreciation of their currencies.

Will the dollar fall any time soon? It does not seem that the answer will be rosy, given the very bleak outlook that has been recently launched by the International Monetary Fund, and the overall economic outlook looks weak.