Will the strong dollar set off a global debt crisis? 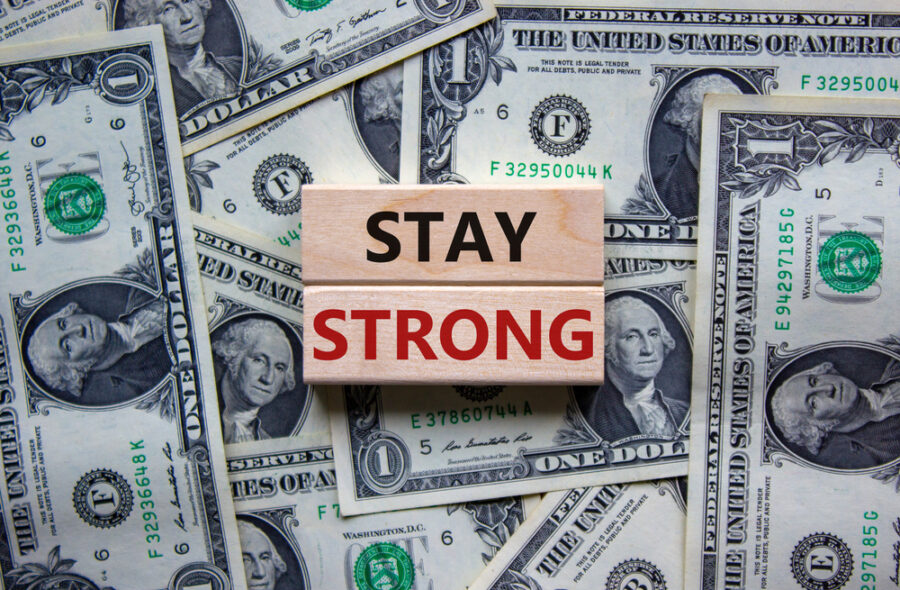 There is no doubt that the US’s top priority is to curb inflation, at all costs. It is true that this objective strengthens the US dollar and makes it stronger compared to other currencies. But, although it is suitable for the United States, it will certainly exhaust the countries that suffer from the strength of the greenback.

Reasons behind the dollar’s upward trend?

Simply put, the greenback rose because the Federal Reserve (FED) raised interest rates sharply to combat inflation. It is expected that the dollar’s value will strengthen further in the coming stage as the FED will continue to implement its hawkish policy.

This measure has led to a drift towards safe investments, as investors are exiting their investment positions in Europe, emerging markets and elsewhere and are looking for a safe haven in investment vehicles denominated in US dollars, which definitely requires buying dollars.

The strength of the dollar has generated weaknesses around the world. The dollar is the de facto currency of world trade, and its sharp rise is putting pressure on dozens of low-income countries, especially those that depend heavily on food and oil imports and borrow in dollars to finance them.

In a clearer sense, a strong dollar forces countries to use more of their currency to buy the same amount of goods. This higher price means that they are inadvertently importing more inflation as well as grain and fuel. Because they borrow in dollars, they have to pay interest in dollars, which increases their financial distress.

The current situation has already prompted some countries to default on payments (such as Sri Lanka), while other countries are teetering on the edge of the abyss (such as Pakistan).

The Institute of International Finance (IIF) found that the ratio of global debt to GDP – a widely used measure of a borrower’s ability to repay debt – rose to 350 percent, the first increase in five quarters. In emerging markets, that proportion rose by about 3.5 percentage points to 252 percent of GDP, reflecting the “blow from the sharp slowdown” in economic growth.

The rise came despite the overall decline in global debt, which shrank by $5.5 trillion to $300 trillion in the three months to the end of June in US dollars – the first quarterly decline since 2018.

Debt in mature markets fell $4.9 trillion to just over $201 trillion.

The smaller relative decline of $0.6 trillion in emerging markets made the total debt in developing economies $99 trillion.

Biden, Yellen, and the reflection of the strong dollar on the world

Despite the repercussions of the strong dollar on the world’s economies and the concerns of senior leaders about how the rise of the US currency will increase inflation in their economies, US President Joe Biden rejects this accusation and denies the dangers of the strength of the US dollar to the world. In contrast, he blames poor growth and policy mistakes in other parts of the world, pointing out that they are the reason for the global economic downturn.

Biden told reporters Saturday during his campaign tour in Portland, Oregon “I’m not worried about the strength of the dollar… I’m worried about the rest of the world.” “Our economy is strong enough,” he added.

However, US Treasury Secretary, former Federal Reserve Chair Janet Yellen acknowledged the strong impact of the dollar on developing countries, when she said during the meetings of the International Monetary Fund and the World Bank, where the impact of the dollar’s rise was a major topic, “there are indirect repercussions on developing economies due to the tightening of monetary policy in developed countries while tackling inflation, which has exacerbated (developing economies’) debt problems.

Yellen’s statement does not require much analysis to reach the conclusion that a strong dollar is wreaking havoc on emerging markets. This raises many questions about the next crisis and whether it will be a debt crisis.

It came two days after the release of inflation data in the United States, which showed an unexpected rise in the annual inflation rate. It reached 8.2 percent, despite the strict policies decided by the Central Bank, which do not seem to be effective so far.

The announced inflation rates mean that the Federal Open Market Committee, chaired by Federal Reserve Chairman Jerome Powell, will make more significant increases at the two remaining meetings of this year in November (a 75-basis point interest rate hike is expected) and December (between 50-basis points and 75).

Hence, the alert issued by the International Monetary Fund. It warned in its latest report issued a few days ago on the “Global Economic Prospects” that a widening debt crisis in emerging economies would weigh on global growth and might lead to a global recession. “An increase in the strength of the US dollar will only exacerbate the possibility of a debt crisis,” the report said.

When asked about the current state of the global economy and what countries are suffering under the strong dollar, International Monetary Fund President Kristalina Georgieva responded during the Fund’s meetings, saying: “We must support weak emerging markets and developing countries. It is difficult for everyone, but it is harsher for countries that suffer. Now, as for a rising dollar, rising borrowing costs, and capital outflows – It is a triple blow that is particularly heavy for countries with a high level of debt.”

From the same podium, the First Deputy Director-General of the International Monetary Fund, Gita Gopinath, said that countries are on their way to a “difficult journey” as they adapt to the strength of the dollar.

In a paper she prepared with fellow IMF colleague Pierre-Olivier Gorenchas, “Such a sharp appreciation in the value of the dollar in a matter of months has major macroeconomic implications for almost all countries, given the dollar’s dominance of international trade and finance,” she said.

They added, “While the US share of world merchandise exports has fallen from 12 percent to 8 percent since 2000, the dollar’s share in global exports has retained around 40 percent.

For many countries struggling to bring down inflation, the weakness of their currencies relative to the dollar has made the fight even more difficult.

They explained that, on average, the estimated corridor for a 10 percent appreciation of the dollar in inflation is 1 percent. Note that these pressures are definitely intensifying in emerging markets, which reflects their increased dependence on imports and their greater share of imports billed in dollars compared to advanced economies.

A few days ago, World Bank President David Malpass warned that the world was facing a “fifth wave of the debt crisis.” He explained that “in 2022 alone, about $44 billion in bilateral and private debt service payments are due” in some poor countries, higher than the inflow of foreign aid those countries could hope for.

According to all of the above, will we witness in the next stage the eruption of a new crisis to be added to the multiple and complex crises that the global economy is suffering from? Will the dollar be the weapon the United States uses to fight China?