Will the ECB launch a quantitative tightening in March? 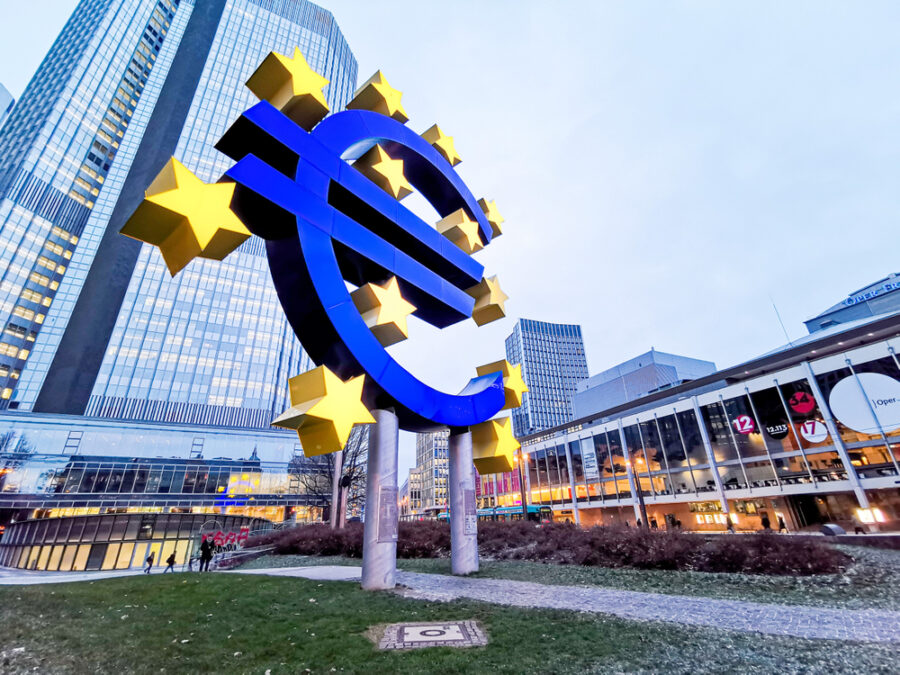 Markets are today awaiting data from the European Commission for Statistics (Eurostat) on inflation figures for September, as prices continue to rise and the energy crisis grows. This comes at a time when monetary policymakers in the eurozone seem to have opened the door to a sensitive debate about whether to start and the timing of a quantitative tightening policy.

The European Central Bank will not hesitate to continue to implement a policy of raising interest rates, considering that this tool is the best one capable of curbing inflation, as ECB President Christine Lagarde said during the annual meetings of the IMF and the World Bank held in the US capital last week.

In an effort to fight unbridled prices, the ECB has raised the interest rate on bank deposits to 0.75 percent, promised further increases, and started a debate about reducing its holdings of 3.3 trillion euro ($3.2 trillion) of bonds, a legacy of its war against deflation in the past decade.

Lagarde stressed raising interest rates as the ECB’s preferred tool for now, even as other policymakers began to publicly discuss how and when to stop reinvesting some of the debt proceeds the central bank has bought since 2015.

At its meeting on October 27, which is expected to decide on a new increase in interest rates of about 75 basis points, it is very likely that the European bank will discuss the timing of the quantitative tightening.  Bloomberg expects the actual reduction of the bank’s balance sheet of about 9 trillion euros to begin in March.

ECB data shows that approximately 1 percent of the holdings of the European bond-buying program will mature each month, suggesting that one or more contracts may be required to complete the program completely.

In a speech in Washington over the weekend, Nagel said: “More interest rate increases will be needed to bring inflation back to 2 percent in the medium term — not just at the monetary policy meeting, end of October.”

According to the head of the Dutch Central Bank, Klaas Knot,  the ECB needs to raise interest rates at least twice by up to 75 basis points each before reaching the neutral level, where it does not stimulate or limit the economy.

“Once we have completed the path leading to the normalization of our policy rate, it is quite clear that, then, the initiation of our asset purchases must also become part of our instrument mix.”

His French counterpart François Villeroy de Galhau said the ECB should first prompt banks to repay the trillion euros they borrowed from the central bank and then start reducing their bond holdings.

Despite what the eurozone is suffering as a result of the unprecedented rise in energy prices due to the Russian-Ukrainian war, it seems that the European Union is continuing to impose a ceiling on gas prices, having made a similar decision on Russian oil prices.

At a summit on Thursday and Friday, EU leaders are due to discuss a range of options to cap gas prices over which they have been divided for weeks.

Some countries, including Germany, remain opposed to capping gas prices, after having expressed fears that the move could lead to higher gas consumption or difficulties in attracting supplies from global markets.

Russian gas supplies have fallen to all-time lows, while Europe complains that the United States sells gas at exorbitant prices up to 4 times the domestic market.

The European Commission is due to propose measures to address the energy crisis before the leaders’ meeting.