Will the Fed make a historic rate increase this week? 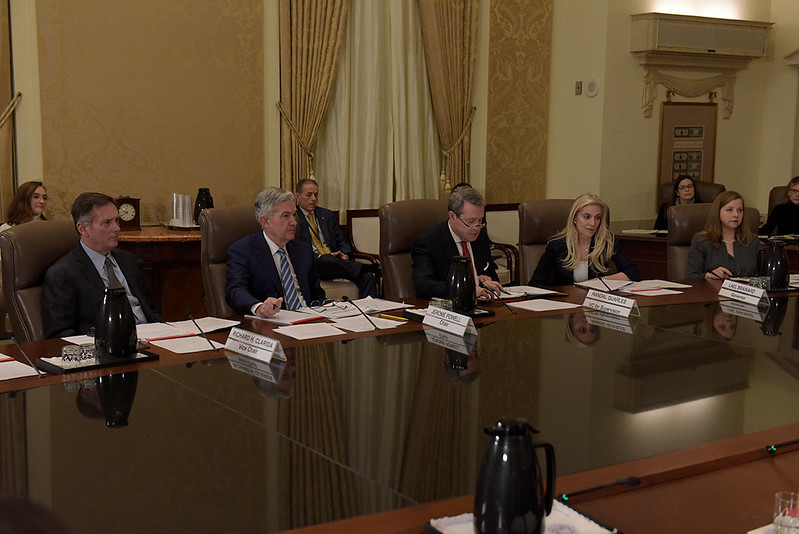 A previous meeting for the FOMC

Markets await a number of important decisions that will be issued by global central banks this week, starting with the Federal Reserve meeting on Wednesday, followed by the meeting of the Bank of Japan and the Bank of England the next day.

The next meeting of the FED’s Federal Open Market Committee (FOMC) will be so important that the markets will remember it for a long time. The committee chaired by Federal Reserve Chairman Jerome Powell will either raise interest rates by three-quarters of a point for the third time in a row, to 3 percent or by an unprecedented full percentage point to 3.25 percent.

We are referring to these two possibilities rather than confirming the nature of the next action, due to the large division that has witnessed Wall Street in recent days over whether the FED will continue to raise interest rates aggressively in November, or if inflation pressures will subside enough to allow it to slow the pace a bit.

As such, experts’ expectations for the FED’s short-term interest rate after the November 1 meeting range from 3.5 percent to 4 percent. Expectations are murkier for the month of December (13th and 14th), as economists expect rates to be as low as 3.75 percent or as high as 4.5 percent.

The big problem facing the FED is that the US economy is still strong, and contrary to “Federal” plans or needs to curb the rise in inflation.

Strong data from the labor market, employment and other economic data will encourage the FED to continue to exceed the maximum interest rate (75 basis points). However, this matter is considered a double-edged sword, as it increases the risks of making mistakes by those responsible for monetary policy when tightening financial conditions so significantly to combat inflation.

In other words, an interest rate increase by the Federal Reserve may eventually calm the economy more than the central bank would like, which risks pushing the economy into a recession that may be mild.

Even if the economy avoids a major downturn, there are growing fears that the stock market, which has already experienced major declines this year, could be on its way to deeper struggles for a long time.

Investors have no idea where rates might reach by the middle of next year, with forecasts for July 2023 ranging from 3.25 percent to a peak of 5 percent.

Other central banks, notably the European Central Bank, are likely to ramp up the pace and scale of interest rate increases as well. This is likely to lead to more volatility in the market.

In this context, comes the meeting of the Central Bank of England Thursday, which was postponed from last week due to the passing of Britain’s Queen Elizabeth II.

Economists are putting a 50 basis point increase on the rate to be decided by the Bank of England, which would raise the official bank borrowing rate to 2.25 percent, even though members of the Bank of England’s Monetary Policy Committee face a difficult balancing act.

Much of the inflationary pressure of late has been caused by skyrocketing fuel and energy costs. However, oil prices have recently fallen, which has led to a decrease in the price of gasoline at the pumps, something that is mainly determined by the price of crude oil, while a proposed government cap on domestic energy bills is likely to rein in inflation data.

Some experts believe that the issue of raising interest rates by 75 basis points has not been removed from the table, expecting that two members of the 6-member committee headed by Billy will vote in its favor.

On the other hand, inflation is low in Japan compared to major industrialized countries. Hence, it is widely expected that the interest rate will remain unchanged unless something unexpected takes place.

It is true that there is pressure to act in order to address the weakness of the Japanese yen, but this will not come in the form of changes in those key policies of the central bank.

The Japanese currency recorded its largest decline in 24 years against the dollar.

And Paribas Bank believes that “the probability that the Bank of Japan will change its policy in response to the yen’s movements, remains as low as ever, despite the yen’s weakness and its rapid decline since the end of August.”

After the European Central Bank’s latest move, raising European interest rates for the first time since 2011, the BoJ is the only major central banker committed to ultra-easy monetary policy.

The Central Bank of Japan stressed during its recent meetings its firm commitment to strong monetary stimulus to support the recovery of the third largest economy in the world from the recession caused by Corona.