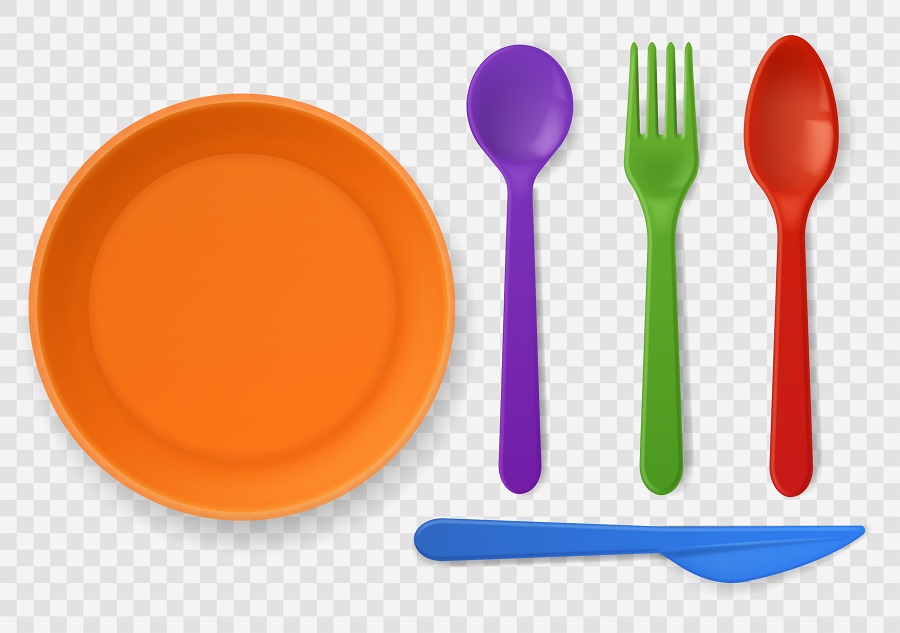 Imagine that you are sitting in a restaurant on the Champs Elysees in the center of Paris sipping your usual coffee and after you’re done, you take a bite of the cup and eat it completely enjoying its delicious taste, and then eat the croissant with the plate served in it… It is really strange but it can happen!

But note that even if you do not eat these edible containers or utensils, they will still have an important benefit because of their ability to decompose, making their disappearance and disposal a non-polluting matter for the environment.

But before we talk about these packages and innovative environmental solutions, let us tell you a little about some important numbers about food waste which contributes to an increase in consumption of plastic materials, not to mention their polluting impact on the planet.

A report issued by the “FAO” confirmed that the region relies on imports to meet more than 50 percent of its food needs. Despite this, up to a third of the food it produces and imports, equivalent to about 1.3 billion tons of food, is wasted.

Thus, if only a quarter of food wasted were reduced, it would be enough to feed some 870 million hungry people around the world.

In addition to the huge food waste, the excessive use of plastic materials, especially single-use bags, is terrible for the planet.

According to the figures, about 500 billion plastic bags are used annually worldwide, containing non-biodegradable and toxic materials, often ending up in landfills or in the ocean, causing the death of about 100,000 marine animals every year.

Remarkably, it is estimated that the plastic that we throw as waste into the oceans can spin around the Earth four times in one year, meaning that it persists in the water for up to 1,000 years before it completely decomposes.

Plastic pollution is a global environmental problem. According to figures, about 5 billion straws are used and disposed of annually.

For this reason, alternatives are being developed to mitigate the pollution problem, including the use of edible straws, which are available and used almost all over the world.

This biodegradable straw performs the function of not polluting the environment and harming living organisms.

This is to mitigate food waste that pollutes oceans, and can take centuries to decompose.

These products are slowly becoming available in the market. They include:

1- The wrapping papers, which are usually made of rice, potatoes, corn or wheat, and of course are edible and can be made with different flavors.

2- Dishes, food containers, and cutlery, which are usually made of wheat bran, and can withstand heat. So, they can be used in ovens. They can also be recycled and used as agricultural fertilizer.

Food containers come in several sizes and flavors, and some containers are free of artificial colors or flavorings, and they are certified for “halal” foods.

3- Water containers, made of plants and algae, can be used to transport water, soft drinks, and beverages.

They can also be tasteless or contain flavors, but if they are not eaten, they are as biodegradable as a piece of fruit, which is cheaper than plastic.

4- Water balls, which are an alternative to plastic water bottles, as the water bottle is spherical, natural and edible.

These packages are made from natural plant sources such as plants and seaweed. Plus, you can get them in several colors. But if they are not consumed within 4 to 6 weeks, they degrade.

5- Casein protein, with scientists having recently developed packaging bags made of milk protein.

This product can be considered as an effective alternative to traditional plastic packaging. It is not only edible but biodegradable, and is about 500 times better than plastic at preventing food spoilage.

The demand for edible plates and bowls is expected to rise dramatically with the EU banning single-use plastic dishes, such as straws and polystyrene cups.